When you book with an account, you will be able to track your payment status, track the confirmation and you can also rate the tour after you finished the tour.
Sign Up

Or Continue As Guest

When you book with an account, you will be able to track your payment status, track the confirmation and you can also rate the tour after you finished the tour.
Sign Up
869

Why Book With Us?

Do not hesitage to give us a call. We are an expert team and we are happy to talk to you. 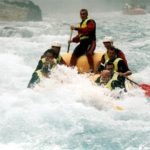 Langtang Helambu Region Trekking lies to the northern part of Kathmandu and offers a multitude of trekking destinations, all accessible without flights. The three major areas of this region are Langtang, Gosainkund and Helambu; which can be combined in different ways to make treks from 7 to 16 days long. Langtang is a narrow valley that lies just southern part of the Tibet border. It is sandwiched between the main Himalayan range of the northern and a slightly lower range of snowy to the peaks to the southern Langtang Lirung (7246 m) dominates the valley to the north, Gang Chhenpo (6388 m) and Naya Khang-Ri(5846 m) lies to the south and Dorje Lakpa (6966 m) protects the east end of the valley,

Thousands of Hindu pilgrims visits to the holy Gosaikunda Lakes (4300 m) during a full moon festival in August. The lake are also sacred of Buddhists and hindus. Helambu is about 75 km far from north of Kathmandu. This is an area inhabited by Sherpa, Tamang,Gurung surrounded by Helambu in a Langtang trek, either via Gosaikund or across Ganja La (5106 m)

After our arrival at the Tribhuvan International Airport (TIA) in Kathmandu, a our
reprentative/staff will pick us up from the airport and take us to our hotel. We can take

rest and later visit the company office in Thamel, a popular tourist hub. However, there
will be a welcome dinner in the evening where we get to experience excellent Nepalese
cuisine.

After breakfast we begin our tour of four amazing UNESCO World Heritage Sites. These
include the architecturally rich Durbar Square, the sacred Hindu temple of Pashupati
Nath, the interesting ‘Monkey Temple’ (Swayambunath) and Bauddha Nath Stupa which
is one of the largest stupas in the world. After completing our tour late in the
afternoon, we drive to Himalayan Glacier’s office for a brief meeting about our trek and
get to know our team leader (guide) and fellow travelers.

Day 03: Drive from Kathmandu to Sundarijal (1350m.) takes about one hour and then walk uphill to Chisopani.

The unpaved road from Kathmandu turns into a trail near a small hydroelectric plant. The trail passes through the Shivapuri Watershed and Wildlife Reserve. The first settlement you will come across is Mulkharka with Tamang inhabitants. The route heads down the ridge through the forest of oaks and rhododendron to Chisopani (2300m.). Chisopani is cold for its weather. It has magnificent views from Annapurna to Everest. Stay overnight at lodge.

The trail continues to drop from Chisopani on a good, sometimes level trail that crosses the meadow and fields. You will then descend through Pathi Bhanjyang till Gul Bhanjyang. The trail climbs the ridge from Gul Bhanjyang to another pass at 2620m. The meadow makes a good camping spot, its downhill to Kutumsang at 2470m, in a saddle atop the ridge. Stay overnight at lodge.

Day 05: Trek from Kutumsang to Tharepati Pass (3650 m.) takes about five and half hours.

The trek continues north up the Yurin Danda ridge and affords views of the peaks. The trail climbs above Kutumsang on a steep, eroded trail mostly through fir and rhododendron forest where there are no permanent settlements. The trail then descends gradually to Magen Goth. There are few lodges and Goths (Domestic Animal Shed). The trail gradually ascends through the enchanting forest enriched with beautiful rhododendron, oak, and other trees. Tharepati, in fact, is a great viewpoint from where you can take a glimpse of the breathtaking view of the snow-capped mountains such as Dorje Lakpa, Gaurishankar, Langshisa, Jugal, Number, and many others. Stay overnight at lodge.

From Tharepati the trail steeply descends through the pine and rhododendron forest with great views down into the Helambu valley and across to Jugal Himal and Number in the Solu Khumbu. Melamchi Gaon is surrounded by beautiful forests, where it is mainly inhabited by Sherpa people with their distinctive culture. Leaving Melamchi Gaon, you trek along the descending path until you cross the stream named as Melamchi. Now you trek gently up to Tarkeghyang passing through Sherpa settlements. Tarkeghyang is a beautiful Sherpa village with one of the oldest and biggest monasteries. Tarkeghyang, also known as Helambu is named after the Helmu caste. The Sherpa people living here originally belong to Helmu caste. Stay overnight at lodge.

Day 07:Trek from Tarkeghyang to Timbu takes two and half hours, and the drive from Timbu to Kathmandu take about 5 hours.